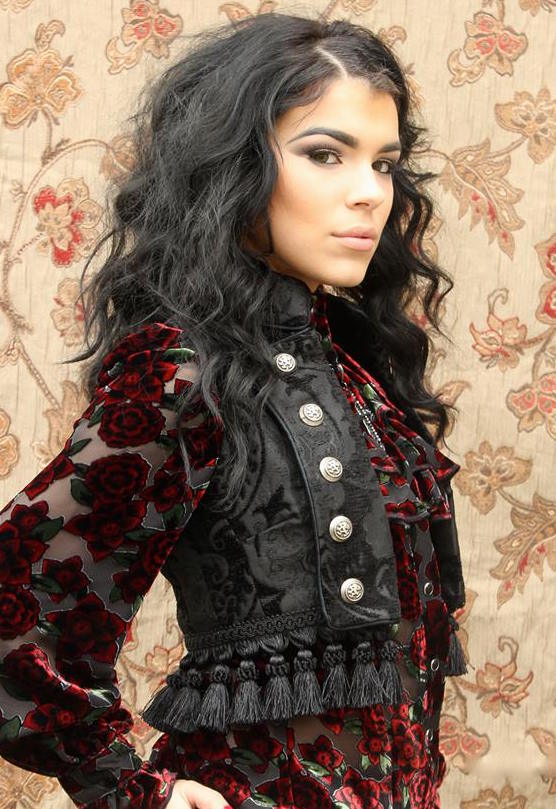 This is a classic Shrine piece that we haven’t made in a while.
We are happy to have them back in stock in some classic colors and some new colors.
Inspired by vintage styles in the middle and far east… with a gypsy/bellydance/rocknroll pirate style.
They are available in eight colors which also match the colors of the tapestry Hardware Kilts.
A great start to a major fashion assemblage 😉

Sinister style.
A slim fitting zip front jacket made in luxurious velvet print fabric with a great rocknroll style.
With a high aristocratic collar and with a gunmetal zipper down the front and long pointy sleeves this jacket is a classic.
Now in stock in two different black patterned fabrics in sizes Small – XXL. 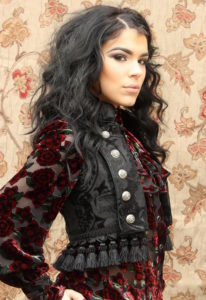 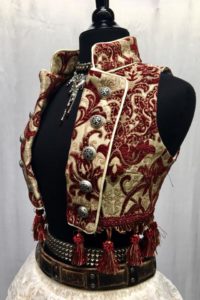 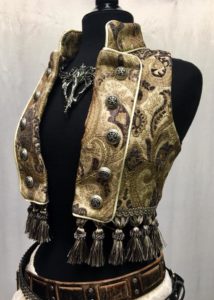 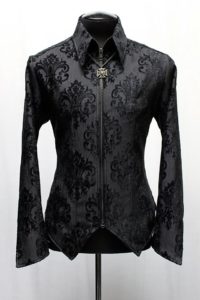 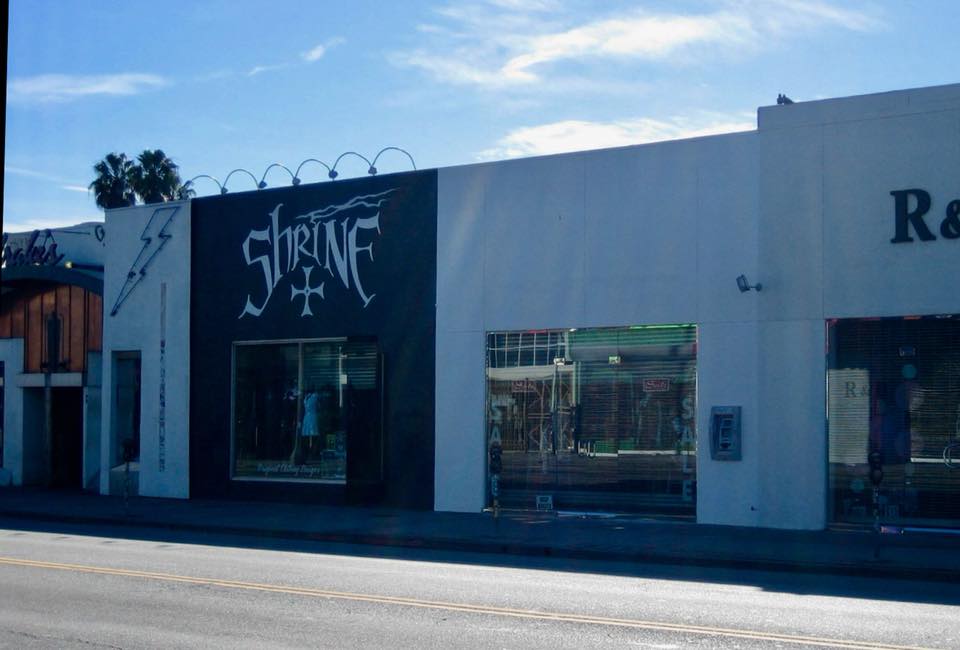 Hello Shrine customers and friends,
We’ve been getting a lot of questions from people wanting to visit our store on Melrose so I just thought I would give you all an update.
We first opened our store on Melrose Ave. in Hollywood in 1994. The store operated for twenty years until we closed it in December 2014.

We closed the store in 2014 because we wanted to focus more on creating new designs and selling our line through other retail stores in the US, Canada,
and Europe as well as building our online business.

We still sell our line in Hollywood through the store Typhoon on Melrose and through RockTown on Hollywood Blvd.
Our warehouse is in downtown LA and we allow customers to make appointments to try on and buy our clothing there also.
Email us to make an appointment at Shrine@Shrinestore.com 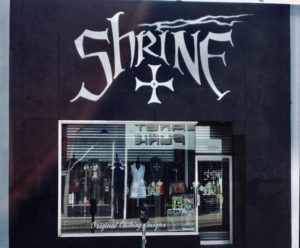 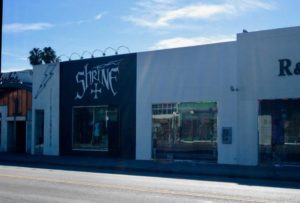 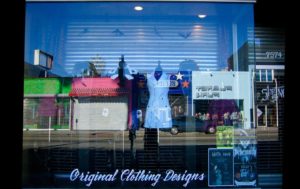 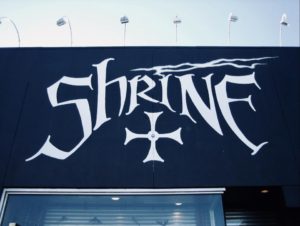 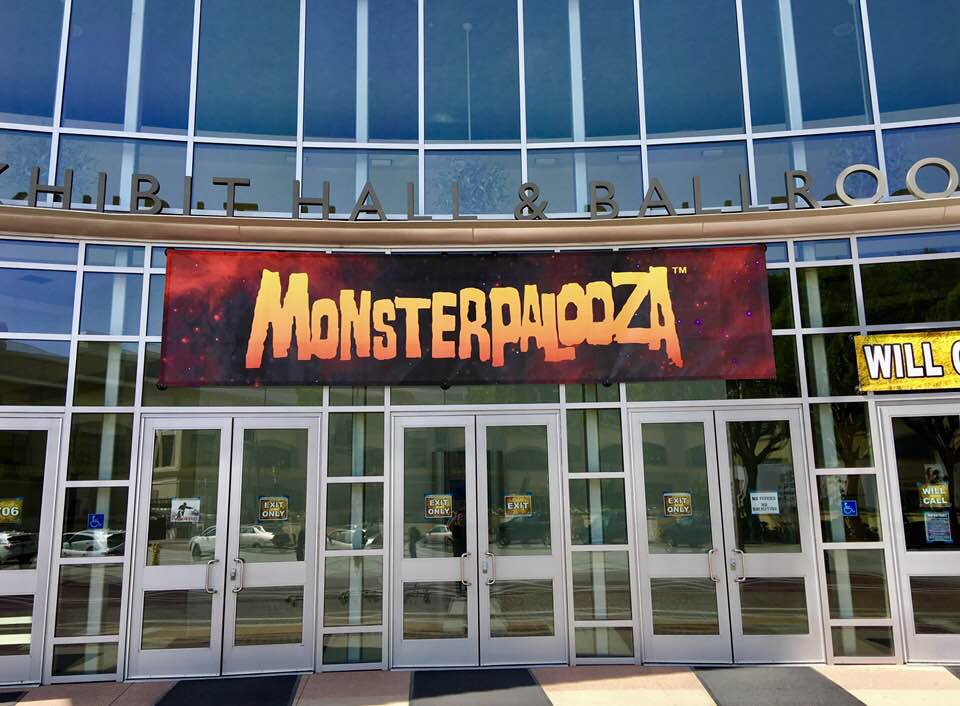 The Shrine booth made an appearance at Monsterpalooza 2018!
If you haven’t been this is a great show dedicated to horror and special EFX makeup.
Many of the vendors are very talented artists and craftspeople.
There is also a classic monster and horror museum with props and artwork from many classic horror movies.
We don’t set up the Shrine booth very often but it was a great chance to re-connect with many of our old customers from our store on Melrose.
…and to introduce our clothing and jewelry to new people in the LA area.

of course the Monster Shirt in the classic monster print was the hot seller! 😉 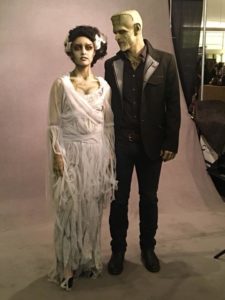 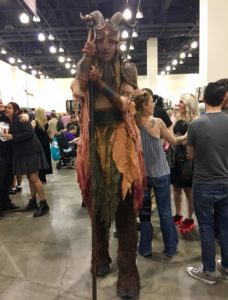 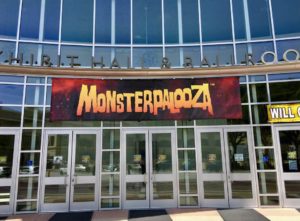 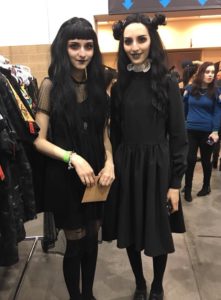 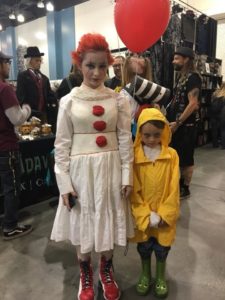 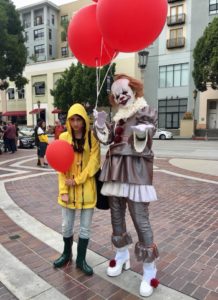